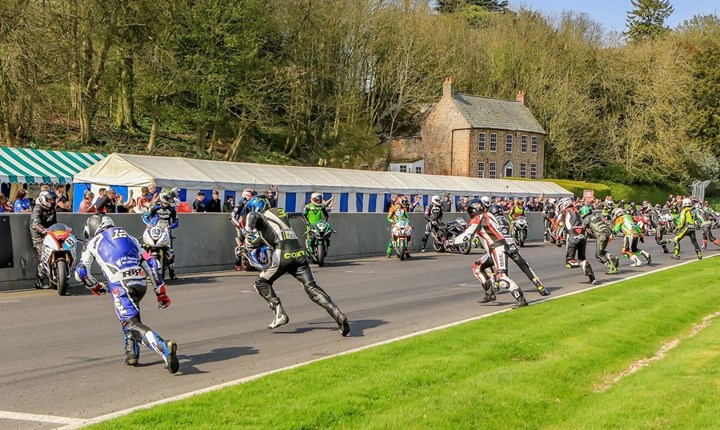 NO LIMITS AT CADWELL PARK THIS WEEKEND

No Limits Racing come to Cadwell Park this weekend (10-11 August) bringing their racing series for novice and experienced riders, with the emphasis on creating a fun environment for both competitors and spectators.

On Saturday afternoon there will be the intriguing ACU National / No Limits Club 3-hour Endurance Race. The championships provide newcomers with a great way to start out in the world of two-wheeled motorsport. It's not only for inexperienced riders though, with the club's main aim being to make racing as fun as possible for everyone!

There are plenty of shorter sprint races too, including classes for newcomers, many of whom will be tackling the challenging Lincolnshire circuit for the first time. It will be interesting to see how brave the rookies are as they launch over the infamous Mountain section!

A variety of motorcycles will be on display, varying from pre-injection 600 and 1000 machines, to the fantastic machines in the Two-Stroke Grand Prix series.

The paddock will be open all weekend, allowing spectators to meet the teams and riders and take a closer look at the bikes as they're prepared for battle.

NO LIMITS AT CADWELL PARK THIS WEEKEND

Great fp2 for the team and Danny Kent

Buchan83: “We need to stay focused on the Showdown”

The devils in the detail